On February 26th two vehicles were involved in a road rage crash on State Route 37 in Central Ohio. One of the vehicles struck a truck driver who was injured, and his truck burned in flames.

Trucker Ricard Davis 65 was taken to local hospital for minor injuries after Michael Hayden 38 struck Richard Davis truck with his 1993 Acura CL. Hayden was pronounced dead at the scene according to media reports. 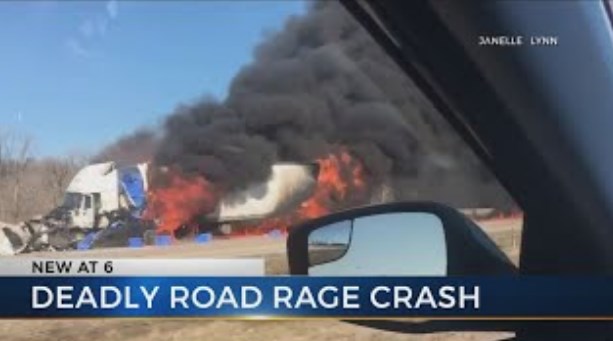