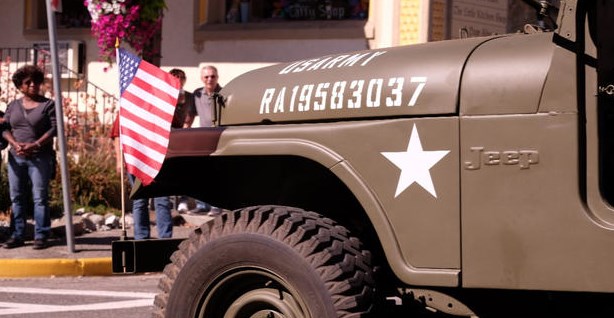 At the start of the 20th century, the roads across the United States were hardly useful. Dirt paths, broken or destroyed bridges, and roads that lead to nowhere abounded, so you can imagine the difficulties that Americans faced while trying to travel. But as the country became ever more motorized, groups across the country became eager to display the utility of trucks and their ability to withstand the rigors of long-distance travel.

In 1919, the U.S. Army assembled a convoy of more than 100 trucks, cars, and motorcycles to undertake its biggest expedition yet ─ a grueling 3,251-mile drive from Washington D.C. to San Francisco. The expedition would prove the might of American trucks and the obvious gaps in the nation’s infrastructure. Join us as we explore this often overlooked chapter in trucking history and show how it continues to play a role in American trucking today.

Reacting to a “War of Movement”

It was the summer of 1919 and the United States was welcoming home the last of its veterans from the Great War in France. The war had introduced countless new weapons, tactics, and most importantly, vehicles. The development of automobiles and trucks had allowed armies to move men and material to and from the front lines faster than at any point in history.

Recognizing that future wars would be fought in the same way, the Army wanted to measure the effectiveness of its current fleet of trucks, as well as gauge how feasible it was to quickly move a convoy of vehicles across the country.

The War Department created a convoy of 100 trucks, 24 officers, and 258 enlisted men. At this point in the history of trucks and cars, not many people would have learned how to drive outside of a specific role or job, or if they came from a family wealthy enough to own a car. This meant that many of the soldiers were professionals when it came to military campaigns, but mere novices in the art of the road trip. Observing the convoy was a young Lieutenant Colonel Dwight D. Eisenhower, who would prove a critical figure in the coming decades of American History.

The Motor Transport Corps convoy started their journey on July 7, 1919, just outside of the White House, truly a grand spectacle for those who saw it. But the might of the convoy’s appearance wasn’t enough to keep the trucks moving swiftly. Nearly immediately several trucks broke down after leaving D.C.

Their troubles wouldn’t end there, however. Engine problems would be a recurring issue for the convoy. The vehicles themselves were the source of most of the convoy’s greatest problems. The convoy would be involved in more than 200 accidents, 88 damaged or completely destroyed bridges, and 21 soldiers were injured to the point that they could not continue the journey. With the unforgiving terrain, harsh weather conditions, and injuries of soldiers, the convoy averaged a glacial pace of 6 mph, or just about twice the average speed of someone walking.

Challenges of the Road

The convoy was supposed to be self-sustaining to simulate wartime conditions, but as any trucker knows, things don’t always work out the way they were supposed to. Official records indicated that the trucks experienced breakdowns nearly constantly. Problems with carburetors and engines would stall the entire column of vehicles. Bolts would shear away, tires would burst, break, and fall off. While fuel could be sourced locally along the way, quantity did not guarantee quality, and often the engines would struggle to make use of the low-grade gasoline.

Even when the trucks were in working order, there was still the issue of the roads themselves. As the convoy moved toward, the terrain changed dramatically. Once out of the rain-soaked Midwest, the convoy experienced the blistering sun and dusty covered roads of the West. The dust and grit worked its way into the woolen uniforms of the men, their food, and of course, their engines. The dramatic changes of weather assaulted the convoy at every turn. In August, a massive thunderstorm forced 25 trucks off the road and into the drainage ditch.

Even man-made roads did not offer the convoy any relief. In July, a tanker truck was driving across a culvert bridge when the rear wheels fell through the bridge. Later, trucks were traveling across another bridge when the wooden boards it was made from shattered, nearly sending a truck into a ravine. One Great War veteran described the roads as “comparable to those generally experienced in the advanced zone of battle operations.”

There was also the challenging human element of the convoy. While the men would become competent road warriors by the end of the two-month expedition, they were still fallible. In August, one truck caught fire when a soldier carelessly tossed out a cigarette butt while a truck nearby was refueling.

The Adventure of Travel

But the convoy’s expedition wasn’t devoid of its share of charm. As the trucks trundled down what would become U.S. Highway 30, they passed through 350 towns. Overwhelmingly, the soldiers were greeted with open arms and treated to “barbecues, melon fests, and other offerings of the hospitable Americans who welcomed the convoy to their towns.”

The soldiers also had the chance to see a rapidly transforming American landscape. In 1919, the country was sitting on the cusp of taming the last remnants of the frontier. Major cities were sprouting up throughout the country, and the once wild west was now settling down.

The Motor Transport Corps convoy would hobble into San Francisco on September 6 and was greeted by warm weather, and more importantly, paved streets. The soldiers were treated to a small parade and awarded medals for their accomplishments.

The men undoubtedly relished the end of the convoy, but there were many lessons to be learned from the experience. In his reports back to the Army, Eisenhower remarked that “extended trips by trucks through the middle western part of the United States are impracticable until the roads are improved.” The trucks and soldiers had proven themselves as more than capable of tackling the challenges laid before them, but the need for improved infrastructure was apparent to everyone who traveled along the shattered and broken roads that ran from one side of the country to the other.

Eisenhower’s insistence on a practical and well thought out highway system was made even more apparent when he saw the German autobahn during the fighting in WWII. After the war, Eisenhower was elected President and signed the Federal-Aid Highway Act in 1956, which lead to the construction of more than 40,000 miles of paved highways. This meant that trucks could now move across the U.S. in fewer than four days, not the 61 it had taken Eisenhower and the Motor Transport Corps.

When you consider the lengths that the trucks and soldiers of the Motor Transport Corps when through that summer in 1919, one can see how they could be the nation’s first long-haul truckers. Their experiences helped pave the way, both literally and figuratively, for Americans to begin shipping materials across the country on trucks rather than trains.

Financial Carrier Services is proud to help truckers carry on the legacy of trucking by offering freight factoring. This is the quickest and easiest way for truckers to get the work they want at the wages they need. Our freight factoring services can connect you with businesses that need materials moved and then ensures you get paid immediately. We’ve designed our services for truckers and by truckers, ensuring that we always have your best interests in mind.

Find out more about our freight factoring as well as our truck financing options today!