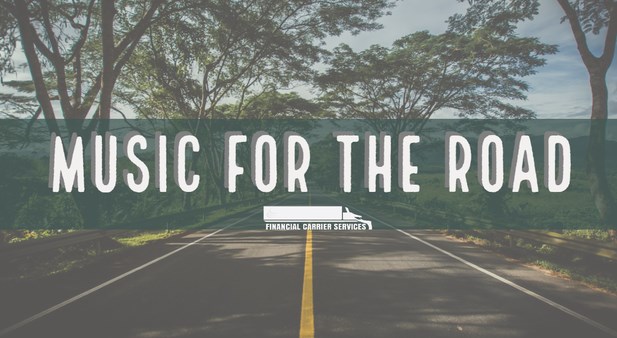 “Goin’ places that I’ve never been. Seein’ things that I may never see again. And I can’t wait to get on the road again”, is a lyric from the Willie Nelson classic, ‘On the Road Again’. Music is an essential part of the trucking experience.  From getting you in the right mindset during hauls or just staying plain entertained during those longer routes, music is every driver’s best friend on the road.  More so, the trucking industry has played a huge part in influencing and inspiring some of America’s music legends. Join us as we look back and list some of the most iconic tunes about life on the road!

Here are a couple bonus modern tracks that are sure to become instant classics:

What are some of your favorite trucking songs or tunes about life on the road? Add them in the comments below and share which ones accompany you on the highway. And if you want the audio of these tracks, visit our Spotify playlist to hear these on the go! We hope you enjoyed our list!

At Financial Carrier Services, we’re in the business of helping trucking companies conduct business in an efficient and cost-effective manner. Among our freight factoring services, we also provide financing, truck warranties, title loans, fuel card advances, and industry discounts. If you want to be confident that you can keep your trucks on the road, get in touch with our team today and learn all the ways we can help your business grow and continue to keep America moving!