It’s Women’s History month!  Women have been vital parts of building many industries, including trucking. Female truckers and those in the transportation industry have been present for decades, and in this blog post we will highlight a few of the ladies who were influential in the trucking industry’s history.  Take a look back at these pioneers and the hard work they achieved. 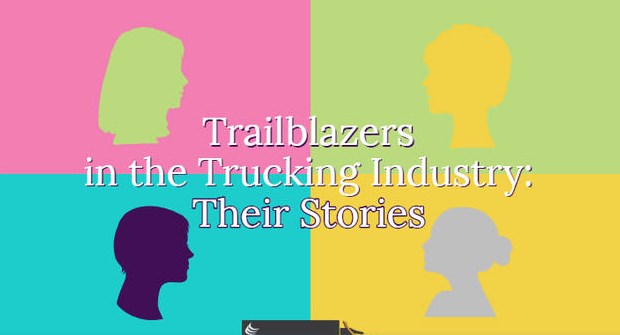 Women’s history of moving freight dates back as far as the pioneering age. For example, Annie Box Neal would team drive her stage coat with her husband, William out in the American West moving gold from mines to banks. However, the first female trucker as we know today goes to Luella Bates.

Bates worked for the Four Wheel Drive Auto Co. beginning in 1918, and started as a test driver during WWI driving a Model B truck. She would then go on to become the first woman to receive a CDL in New York. In addition, she was an experienced mechanic who did maintenance on her own truck further solidifying her independence in the field.  Because of her stellar driving skills, she would remain as a driver and demonstrator after the war ended. Following in the footsteps of Bates is the first licensed female trucker and trucking company owner, Lillie Elizabeth Drennan.

Drennan’s introduction into trucking came at starting a company with her husband in Texas during the 1920’s. Their first truck was an open cab Model-T Ford (first driven by her husband) followed by a closed cab Chevy driven by Drennan. After the couple’s divorce in 1929, Drennan became the sole owner of the Drennan Truck line. At first denied a CDL due to what Drennan called “sex-bias”, she would be awarded her license because of her exceptional driving record. Drennan operated her trucking company for over 20 years and fought back against gender-bias that women could not run a successful trucking business as well as racial stereotypes.  Drennan was well-regarded as being a safe driver and never had an accident as a driver during her 24 years on the road.

Apart from being a trailblazer in the commercial trucking industry, Drennan also had major success in attracting female truckers to assist during WWII on the home front. Many women tackled traditional “male-dominated” jobs during the war effort, however many were released from their positions at the war’s conclusion and were expected to go back to being the traditional homemaker. The coming decades would see the rise of equality activism and a move away from these stereotypes. Female truckers had to battle for equal pay, face not having restrooms for women at truck stops, and having “Men only” signs at docking stations. However, Adriesue “Bitzy” Gomez decided to be proactive and fight back against these challenges.

Gomez began trucking in the late 1960’s, and after witnessing firsthand the struggles female truckers faced she organized the Coalition of Women Truck Drivers in the 1970’s.  At one point, the organization was over 100 strong and fought against hiring discrimination and other challenges particular to women in the trucking industry.  Gomez is credited with breaking down barriers with this coalition and drove for almost 40 years before retiring in 2007.

Following in Gomez’s footsteps, women today are building support networks to help other women in trucking. One of the prominent examples is the “Women in Trucking” association which builds resources and mentorship programs for women in this field to connect and learn from each other. We believe developing these connections is vital to the growth of the trucking industry which is why FCS joined the Women in Trucking association last year.

The achievements for women in the transportation industry is not only limited to those behind the wheel but they have also been inventors and executives in transportation organizations. For example, Charlotte Bridgewood patented the 1st automatic windshield wiper in 1917 and Frances Prothero became the first female manager for UPS in 1940. In addition, Elizabeth Hanford Dole was sworn in as the first woman Secretary of the Department of Transportation in 1983 and Elaine Chao was confirmed as the first woman deputy secretary of the Department of Transportation in 1989. These are just a small portion of the effect women have had.

Since before the turn of the century, women have helped shaped our nation’s trucking industry. These women not only paved the way for just drivers but also as dispatchers, mechanics, and so much more. These were some fiery and steadfast spirits who helped pave the way for women in trucking today. Women of all backgrounds continue to shape the future of our industry and we’re excited to see them rise further. 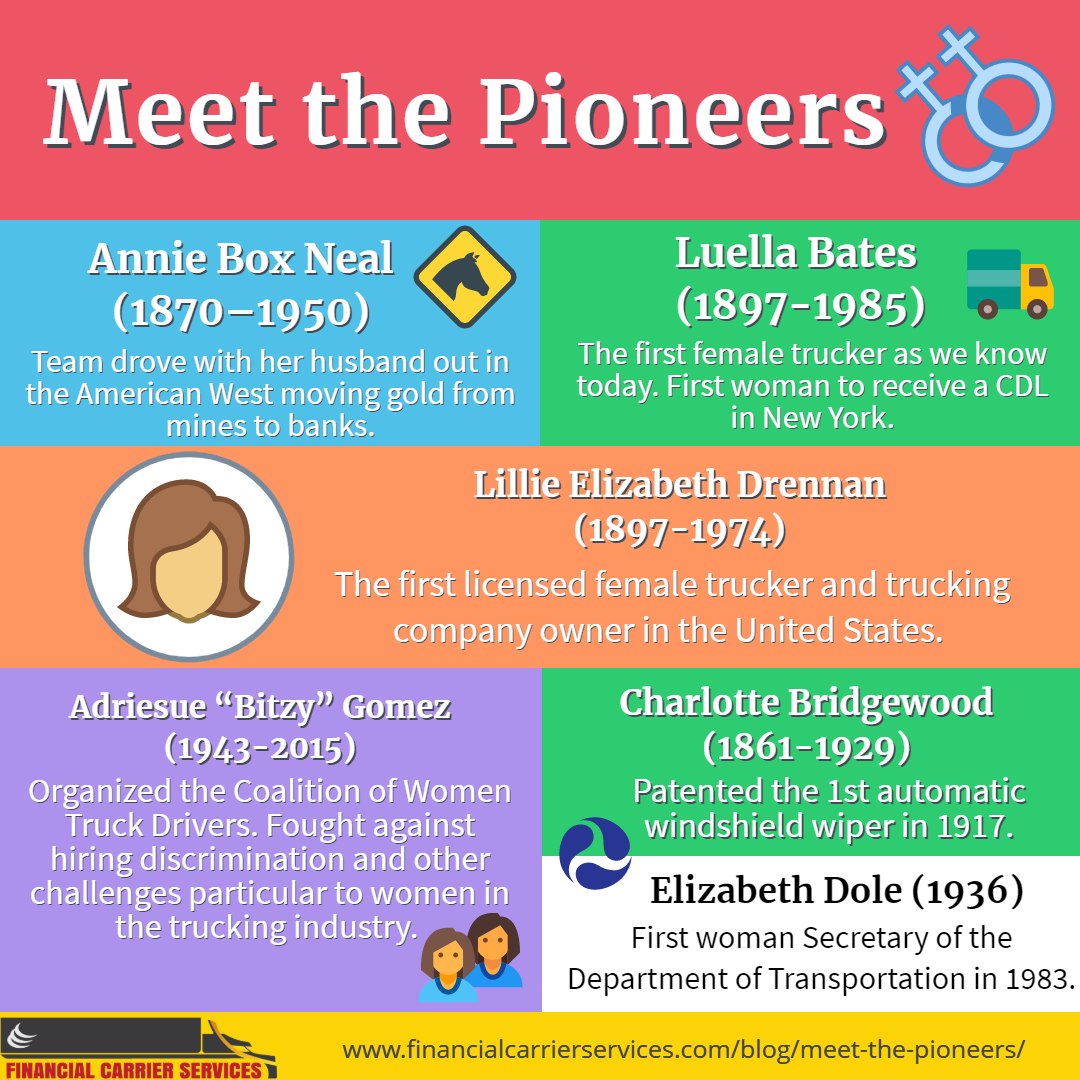 FCS is proud to celebrate women this month and would like to remind you that we provide financing, warranties and factoring to both large and small operations. Contact us today and we will see you on the road!